The Roanoke community paid heavy costs for I-581's construction. Churches, businesses, and families were forced to move to make way for the new highway, and many absorbed much of the financial burden. At the same time, tax funds were also allocated to pay for the highway, causing concern for the city council. However, not all costs were negative, as local construction companies and citizens found employment through I-581's construction.

Like the City Rescue Mission, the Clover Creamery also required relocation. However, the Clover Creamery's move was more financially-focused and stirred less public controversy. Despite the fact that the city council did not help find a new property for the Creamery, they did provide funds for its relocation. Debates over determining the costs grew complicated, as some council members argued that the entire property needed to be moved, which would cost $1,000,000 in taxes. Still, others argued that only the garage would need moving, which would cost much less at around $80,000 to $100,000. Regardless, Clover Creamery’s merging with two national food companies overshadowed these council arguments in the public eye. Likewise, I-581's controversy would not stop at business. 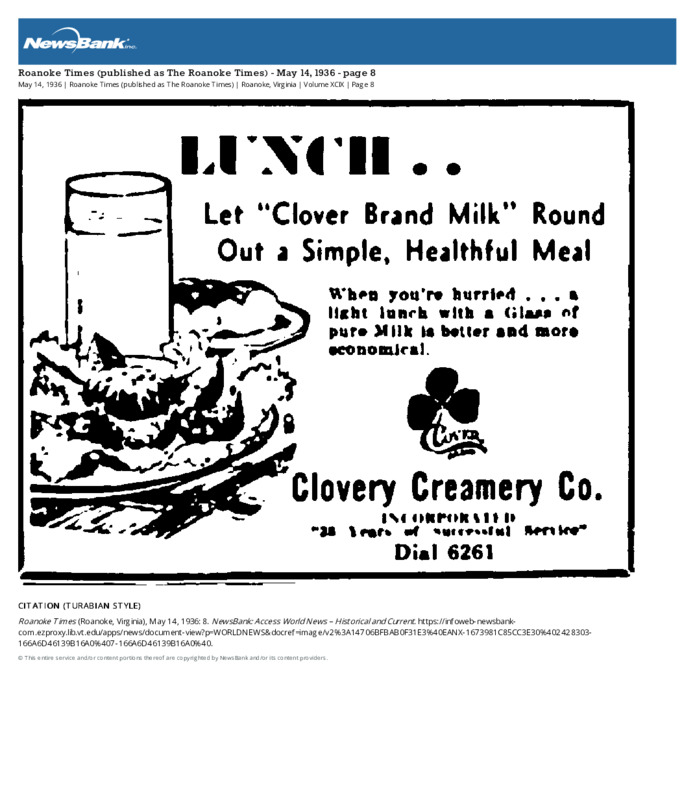 At the same time as these debates, the City of Roanoke sanctioned many homes to be razed and as such, families would require relocation. However, not all of the families went quietly. Three residents, William Watts, Elizabeth Watts, and Jean Staples, owned a tract of land in Northwest Roanoke. The City originally offered $40,075 for the land, which the three landowners deemed unacceptable. They offered to accept the money with the caveat of petitioning for the ability to sue the state for more money later. The three claimed that the offered funds were sufficient to pay for neither their property nor potential damage to adjacent properties. Their decision was upheld in court, and the sale went through for the original price with the allowance to petition at a later date.

Despite all of its costs, I-581's construction also provided jobs to locals. As a city-owned cemetery located in the proposed path of I-581 would need to be relocated as well, the city hired some local laborers to exhume the bodies and reinter them in a new cemetery. This act came after the city put out a call for relatives in the Roanoke Times. Another Roanoke Times article notes that this brief employment boon was very important. As unemployment was high in Roanoke, I-581 provided an opportunity for work. As many local companies won bids to construct I-581, they were enabled to provide jobs for locals. 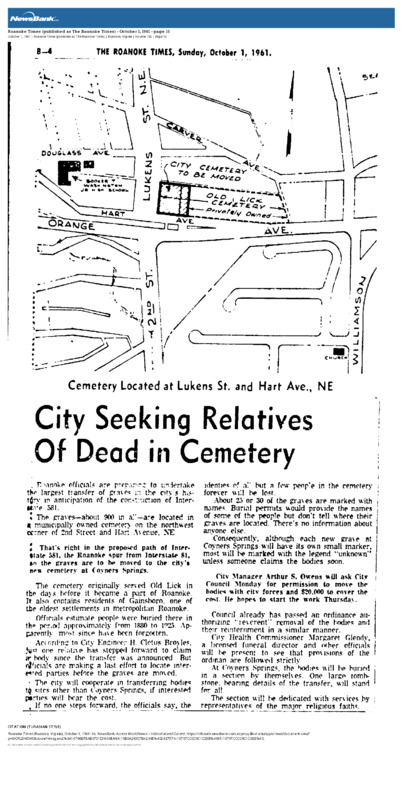 Many local businesses put in bids for different aspects of building the highway, which in turn, allowed  local citizens and companies opportunities for employment or profit. Nevertheless, I-581 proved a very costly endeavor for the  Roanoke community. As noted, businesses and families were forced to relocate, while simultaneously shouldering some of the construction cost through taxes.

We invite you now to share in some of the local's stories and hear Roanoker voices speak on I-581's impact.